Stephen’s wife, Stephany, is a double graduate of Valdosta State University earning bachelor and master degrees in the discipline of psychology.  She is a Licensed Professional Counselor and is the owner of Wellspring Center, LLC.  Stephen and Stephany have two teenage boys, Jacob and Benjamin.  Jacob is a student at Valdosta High School and Benjamin is a student at Valdosta Middle School.  They both enjoy playing musical instruments and are active in the band programs of Valdosta High School and Valdosta Middle School.

Stephen maintains regular office hours at St. Barnabas on Mondays and Wednesdays, from 6:00 pm until 9:00 pm and on Sundays afternoons by appointment.  You may reach Stephen by email or phone at the following email address or phone number: norris.stephen9@gmail.com, 229-548-5700 (c). 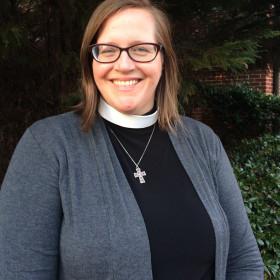 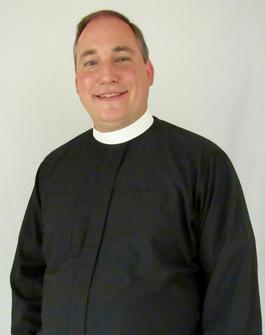 Deacon Leeann was ordained to the vocational diaconate in 2013, and since then has helped develop several local and diocesan ministries.  She founded and leads the diocese's Creation Care Commission, an environmental stewardship ministry, and serves on the Healing Justice Commission and the Commission on Ministry. Working with ecumenical partners across the state, she is growing anew ministry in immigration detention in south Georgia. She volunteers for Ruth's Cottage domestic violence shelter in Tifton, Hospice of Tiftarea, and Tiftarea Family Promise, a support program from homeless families. Professionally, Deacon Leeann is the South Georgia Outreach Coordinator for GIPL (Georgia Interfaith Power & Light), a faith-based environmental non-profit, and is a certified birth doula. She lives in Tifton with her husband and two sons, Zeke and Abe, and together they enjoy God's great outdoors and raise chickens, a rambunctious dog, and an unruly garden. In her spare time, she enjoys baking bread, cooking, and music.

​your Family and Friends

Meet our Priest in Charge, The Rev. Stephen A. Norris

Stephen is a native of Valdosta, GA.  He is a 1993 graduate of Lowndes High School and a 1997 graduate of Southeastern University in Lakeland, Florida. After graduating from college, he returned to Valdosta to marry Stephany on August 9, 1997.  Two months later, he became a lay chaplain at South Georgia Medical Center in Valdosta. After three years of vocational discernment, Bishop Louttit and the Diocese of Georgia sent Stephen to Virginia Theological Seminary to study for Holy Orders in the Episcopal Church.  He was sponsored by Christ the King Episcopal Church in Valdosta, his home parish.

In addition to being an Episcopal priest, Stephen is a Board-Certified Healthcare Chaplain and Licensed Marriage and Family Therapist.  He serves St. Barnabas part-time while maintaining secular employment as a Palliative Care Chaplain and Bereavement Coordinator for Tift Regional Health System in Tifton, GA.  Currently, Stephen is in the process of opening up a part-time private counseling practice at Wellspring Center in Valdosta, GA.  He anticipates accepting new patients into his private practice beginning in October of 2018.